An Elf, a Dwarf and a Hobbit deliver flowers 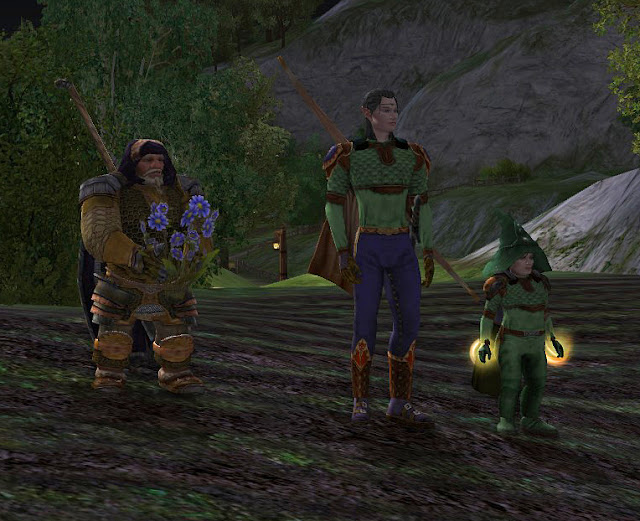 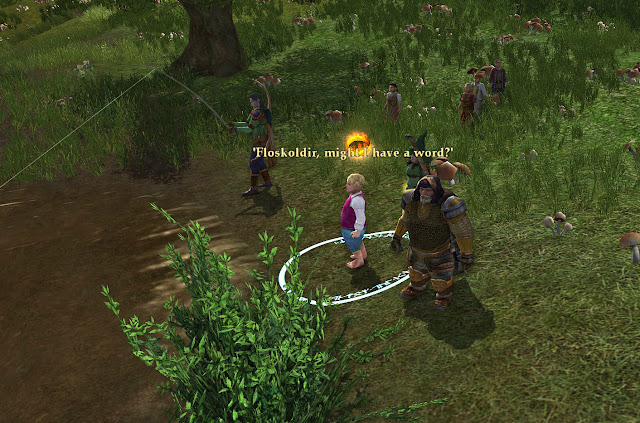 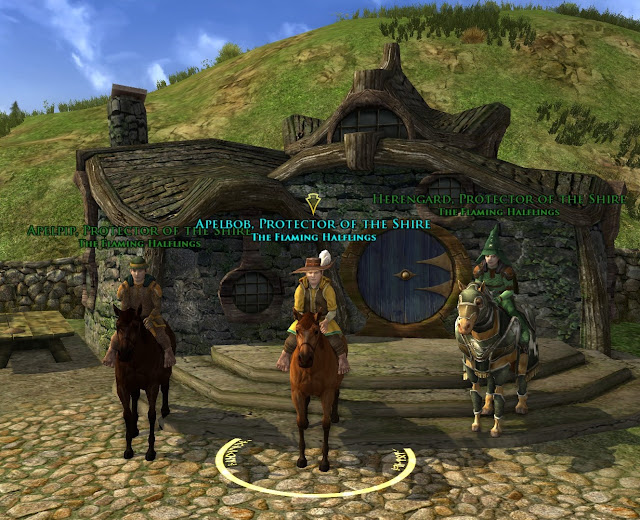 Apelbob and Apelpip were joined by fellow hobbit Herengard and after a visit to a goblin camp were proud to wear the official title of The Flaming Halflings kinship. 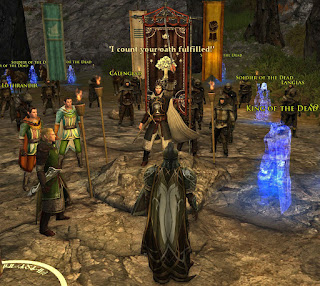 Grimbergar has been helping Aragorn with the Haradrim and witnesses the King of the Dead's oath fulfilled. 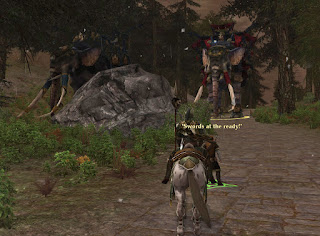 He makes his way to the rangers in Osgiliath searching in vain for Faramir, where he has suffered from the attentions of Trolls, met the enormous Mumaks and an old adversary, grazed Grond and gets his first look at Minas Tirith.

He has to confess to resorting to using Mithril Coins to travel to the last 2 lost rangers. 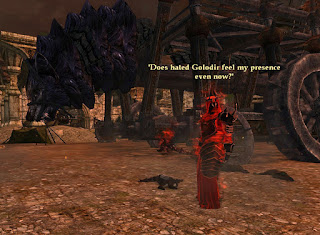 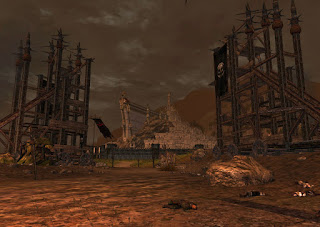 Email ThisBlogThis!Share to TwitterShare to FacebookShare to Pinterest
Labels: Grimberg 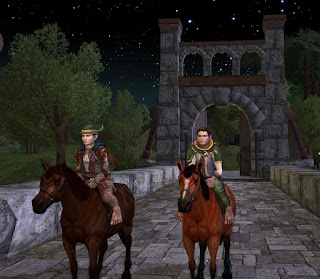 Apelpip and I have had a busy time in the Shire. We rode from Bree over the Brandywine Bridge and stayed at the Green Dragon Inn where we had a great time drinking, dancing and listening to stories by the fire. 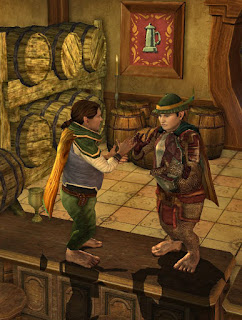 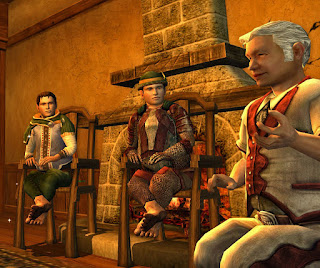 Its not been all fun though when we heard rumours of a black rider in Budgeford. During our investigations we had to fight a pack of wolves and Apelbob came off badly after being too brave but he is OK now. We uncovered a nasty trick by a Followhide and the Budgeford pigs were quite upset, not respectable behaviour! 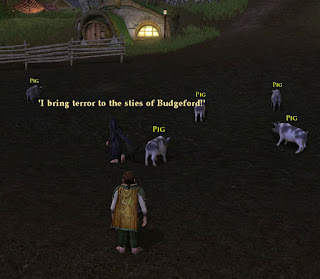 As well as adventuring we have been learning our crafts. Apelpip has been collecting copper and making himself some great armour. Apelbob has collected wood and made some useful weapons and is intending to get skilled enough to make musical instruments to improve his minstrel playing. In Brokenborings we learnt some hobbit history finding the lamp put here by the Hobbits who travelled from the west. Big brother Apelred has made Apelbob some fine clothes so fighting wolves should be a lot easier now. 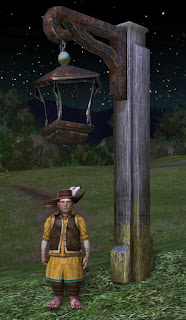 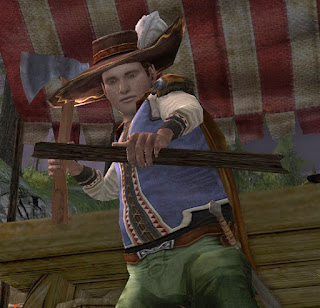 Email ThisBlogThis!Share to TwitterShare to FacebookShare to Pinterest
Labels: Appletun 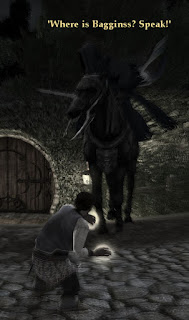 We are both doing OK and getting six meals a day but didn't think danger would come to the Shire. We met some nice hobbits on a evening walk then the next thing this really scary Black Rider came asking for a Baggins. We managed to get away with the help of 2 rangers but one was injured.

We made it to Archet where we learned some basic skills but we couldn't save the ranger called Amdir who went off with some evil creatures. 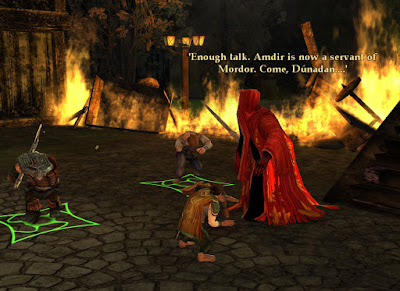 Thankfully after that we are back in the peaceful Eastfarthing helping local hobbits. We learned how to ride and headed out to the Big People in Bree to buy our first ponies. We are so happy to be riding Ruby and Emerald. 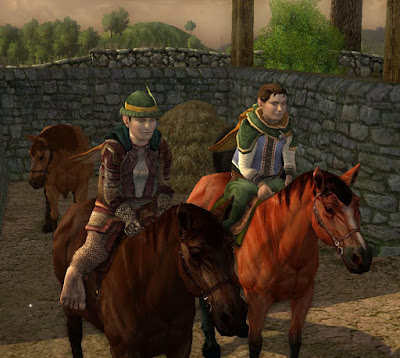 Hope you and the apples are doing well and look out for Black Riders.

Email ThisBlogThis!Share to TwitterShare to FacebookShare to Pinterest
Labels: Appletun

When on his long break Grimbergar did not keep up the rent on his house in the Shire and had all his things thrown out. The new housing is rent free for VIPs and he has 2 years worth of Turbine Points to spend so he took a visit to the Cape of Belfalas. A couple of new neighbourhoods had all the properties available so he could take a long look round and take his pick. He chose 1 Cape Road for the view and convenient services next door.

Here are a load of screenshots after redecorating. Really love the views. 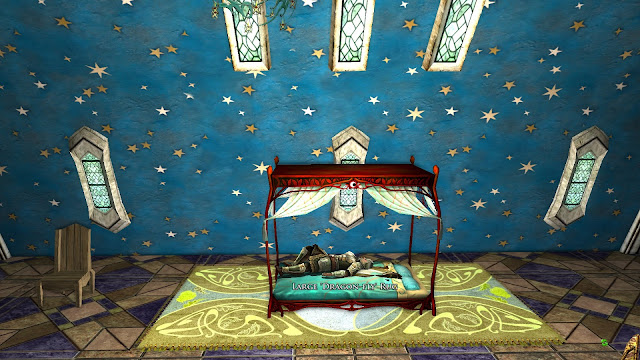 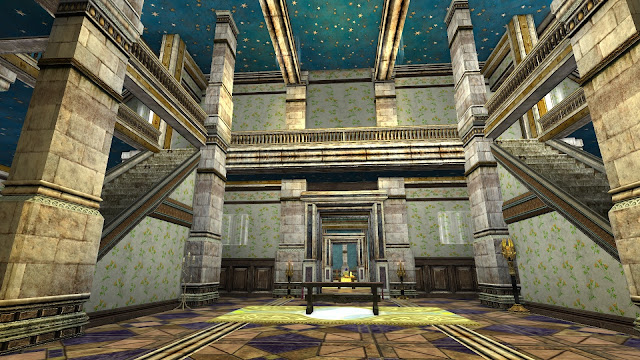 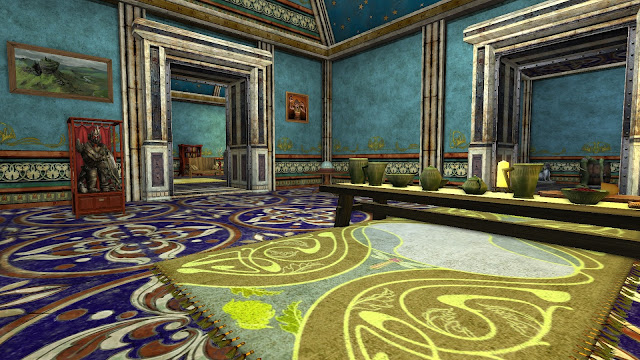 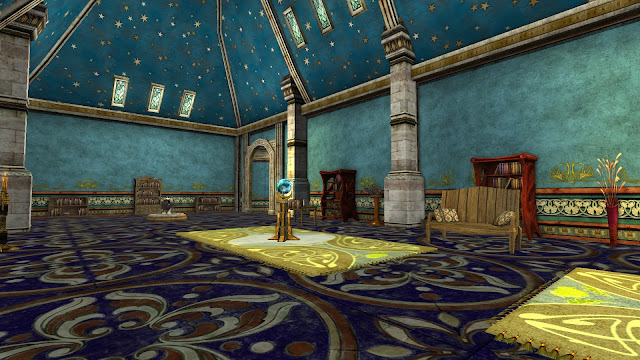 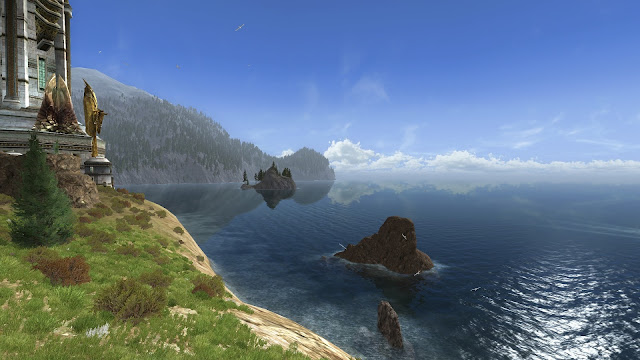 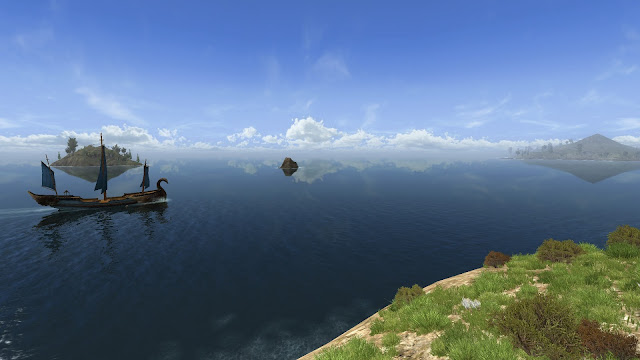 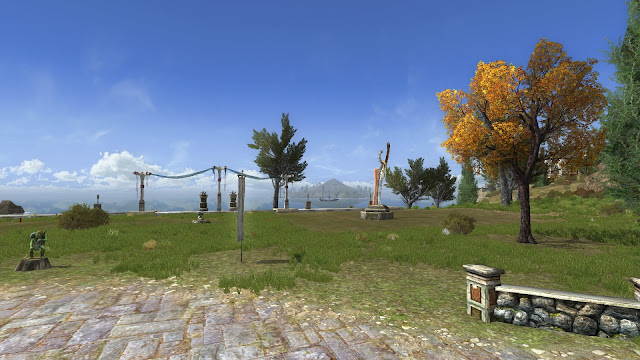 Email ThisBlogThis!Share to TwitterShare to FacebookShare to Pinterest
Labels: Grimberg

The Adventures of the Appletun brothers

The Appletun's have tended the orchards of Bramley farm in the Southfarthing of The Shire for generations. You may not know them but you have probably tasted their apples as they make the famous Stars of Old Cider available in the Prancing Pony.

Tragedy struck the family when Apeldo and Rose were killed by goblins when delivering cider to an inn in the Lone Lands. Deliveries stopped and the inn went downhill.

Apeldo and Rose left 5 young hobbits, Apelred, Apeljack, Apelard, Apelbob and Apelpip who vowed to avenge their parents deaths. The youngsters were brought up by their grandparents Apelic and Blossom until they were old enough to leave home. Apelred and Apeljack have already left the farm on adventures whereas Apelard has agreed to stay on the farm to help their grandparents tend the apples, make the cider and try to appear at least a little respectable.

Now Apelbob and Apelpip are old enough to start on their own adventures, and have promised to write home to their grandparents to tell them of their adventures and show they are safe.

You will be able to read their letters home here.

Apelpip is being played by my son and Apelbob is me. We will be adventuring together and hope to finish the story in 4 years before Warner Brothers decides not to renew the LOTR licence.

Posted by TwoBob at 1:27 pm No comments:

Apelred Strongbowe is a hobbit who lives in Middle Earth. The Evernight server on LOTRO Global to be precise.
He is a very casual hunter and explorer, and proud member of the Flaming Halflings.

Fellow adventurers Captain Grimbergar and Loremaster Florandir have their exploits reported and his crafting friends get an occasional name check.

LOTRO Links that have sailed into the West